The first version of the Haben und Brauchen (to have and to need) MANIFESTO is now available: The debates go on! 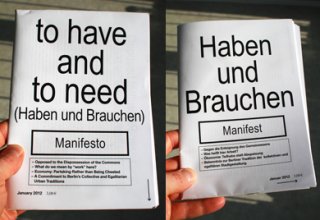 Up until the last few years, the special historical situation in Berlin created special working and living conditions in the city. In contrast to other big cities, Berlin was devoid of any exceptional pressure on the housing market, and the range of available spaces enabled diverse and often self-organized art practices. Now this situation is beginning to change dramatically. Rents are on the rise, and pressure on the conditions of production and living is increasing without any increase in money making opportunities. Most people engaged in cultural production still earn most of their money outside of Berlin. The bustling art scene in Berlin evolved less through the specific support of the city and more through its historical situation. Nevertheless, at the very moment when the conditions for people engaged in cultural production are worsening dramatically, the city prides itself on its artists; and the attention is welcome — in principle. The view of how art should be fostered, however, stands in stark contrast to what culture-makers consider necessary. In our opinion, participants in cultural production today need, first and foremost, a safeguarding of their conditions of production and not necessarily a new art museum and other such solutions as have been proposed. [1] Formed in response to these issues, Haben und Brauchen seek to be advocates in the field of art as well as in art’s neighboring occupational fields with a platform for discussion and action. In our opinion, with regard to its social and economic structure, Berlin is still an exception among other cities worldwide. Within the city’s historically determined heterogeneity and intermixture of social diversity lies a potential for the future, not a phased-out model from the past. With that said, it is imperative to establish a consciousness and self-concept concerning what distinguishes the forms of artistic production and articulation that have unfolded in Berlin during recent decades and how these forms can be preserved and further developed. Therefore, it is of importance to avoid limiting our demands to the attainment of open urban spaces and affordable studios, to the augmentation and reorientation of public art funding; instead, it is crucial to make a connection with current discussions on urban development and planning, on property and rental policy, and to take up a position with respect to concepts and realities of work, productivity, and the Commons. This manifesto, composed collectively by more than forty people, was developed within this context. This act of collective writing is an experiment and an attempt to convey the diverse perspectives on the situation of the contemporary Berlin art scene and to put those perspectives forward for discussion and action. We understand the text as a first step — offering it to a broader public for discussion. [1]  The open letter from January 25, 2011, addressing plans for the “Leistungsschau junger Kunst aus Berlin” (Competitive Exhibition of Young Art from Berlin) sparked a widespread debate on cultural policy and played a part in activating an examination of the present and the future of the conditions for the production and presentation of contemporary art in Berlin. See www.habenundbrauchen.kuenstler-petition.de The printed booklet is available for 3€ at the following places: Archive Kabinett (Dieffenbachstrasse 31, Kreuzberg), b_books (Lübbenerstr. 14, Kreuzberg), berufsverband bildender künstler berlin e.V. (Köthener Str. 44, Kreuzberg), Motto Berlin (Skalitzer Str. 68, Kreuzberg), NGBK (Oranienstrasse 26, Kreuzberg), Pro qm (Almstadtstraße 48-50, Mitte), Schwarze Risse (Gneisenaustr. 2a, Kreuzeberg), Schwarze Risse (Kastanienallee 85, Prenzlauer Berg)
COMMENTS

Das Manifest in Deutsch, Englisch und Polnisch: (The manifesto is available in english, german and polish:) 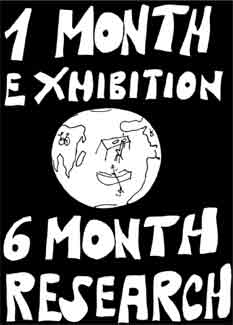 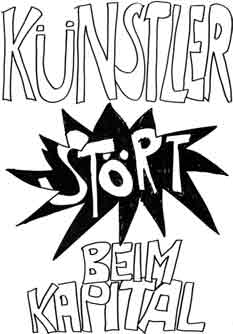 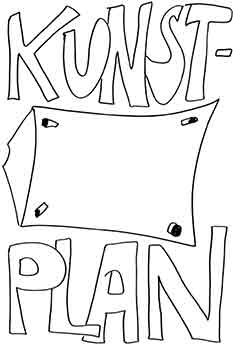 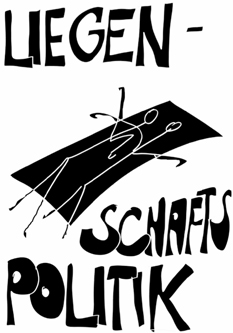 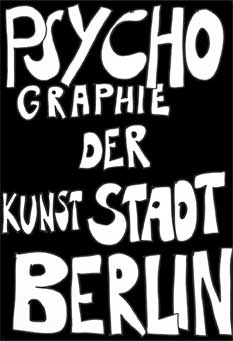 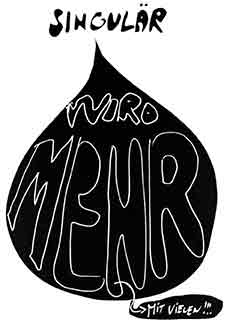 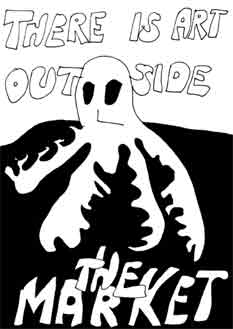 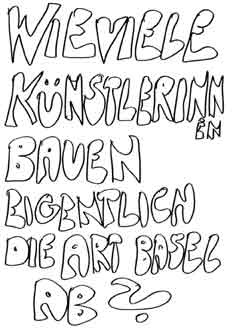